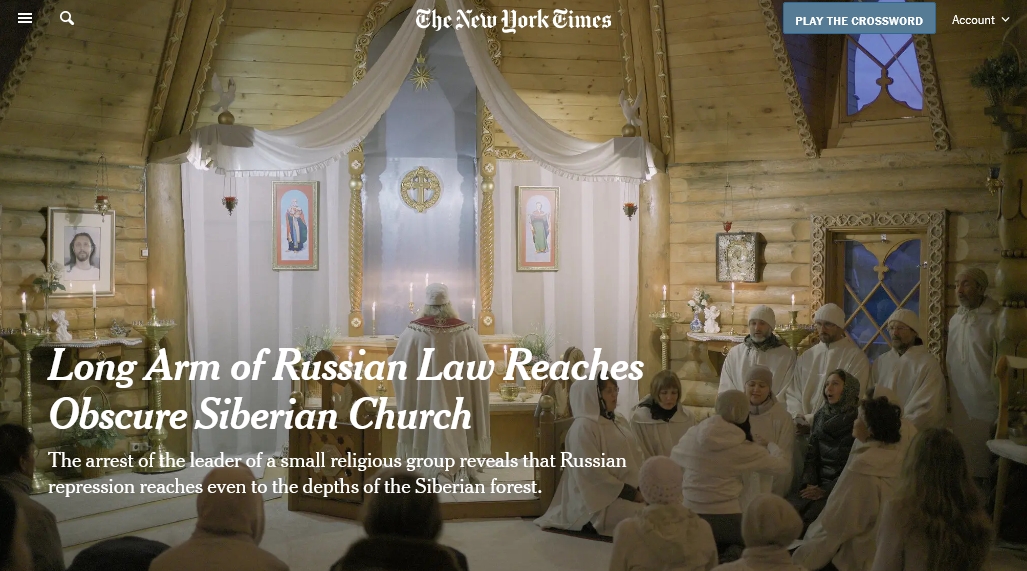 Followers of Vissarion attending the evening liturgy at the Church of the Last Testament in the village of Petropavlovka in southern Siberia.

ABODE OF DAWN, Russia — High on a hilltop bathed in the autumnal colors of pine, birch and larch trees, Aleksei Demidov paused for a few minutes of quiet prayer. He was directing his thoughts to his religious teacher, known as Vissarion, hoping he might feel his energy.

As he prayed, a cluster of small bells rang out from a spindly wooden gazebo. They belonged to the Church of the Last Testament, founded in 1991 by Vissarion. Except then his name was Sergei Torop, and he was just a former police officer and an amateur artist.

These days, Mr. Demidov and thousands of other church members consider Vissarion a living god. The Russian state, however, considers him a criminal.

For most of three decades, Mr. Torop and his followers practiced their faith in relative obscurity and without government interference. 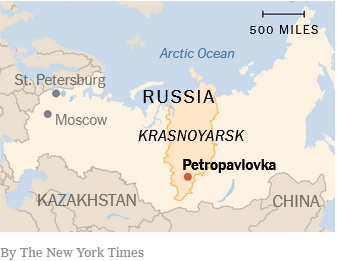 But that ended in September of last year, when he and two aides were spirited away in helicopters in a dramatic operation led by federal security services. Russia’s Investigative Committee, the country’s top federal prosecutorial authority, accused them of “creating a religious group whose activities may impose violence on citizens,” allegations they deny.

A year later, the three men are still being held without criminal indictment in a prison in the industrial city of Novosibirsk, 1,000 miles from their church community. No trial has been scheduled.

Since taking power at the turn of the century, President Vladimir V. Putin has gone to great lengths to silence critics and prevent any person or group from gaining too much influence. He has forced out and locked up oligarchs, muted the news media and tried to defang political opposition — like Aleksei A. Navalny. 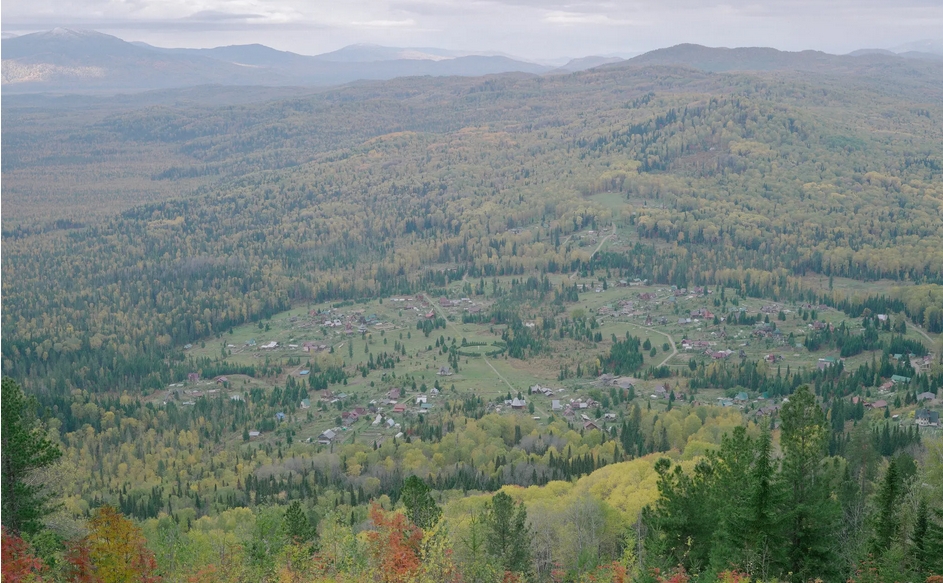 Abode of Dawn, a community of about 80 families living in the mountains of Siberia. 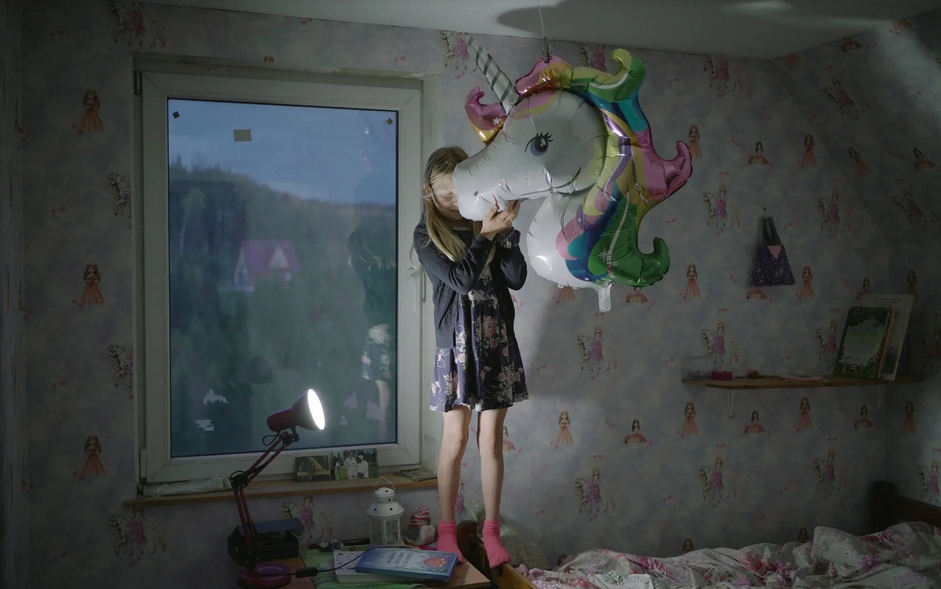 Amalia Protasov hugging a unicorn balloon in her room in Abode of Dawn.

The state has also cracked down on nonconformist religious organizations, like Jehovah’s Witnesses, which was outlawed in 2017 and declared an “extremist” organization, on par with Islamic State militants.

Though there are accusations of extortion and mistreatment of members of the Church of the Last Testament, scholars and criminal justice experts say the arrest of Mr. Torop underscores the government’s intolerance of anything that veers from the mainstream — even a small, marginal group living in the middle of the forest, led by a former police officer claiming to be God.

“There is an idea that there is a defined spiritual essence of Russian culture, meaning conservative values and so on, that is in danger,” said Alexander Panchenko, the head of the Center for Anthropology of Religion at the European University at St. Petersburg, who has been asked to serve as an expert witness in an administrative procedure that could strip the church of its legal status as a church, an act that he said was based on “false accusations.” 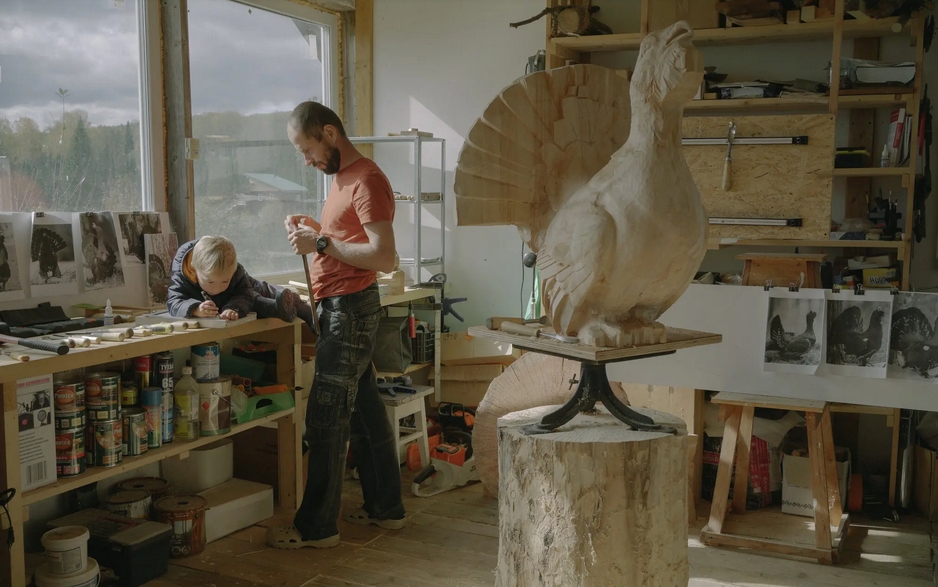 Evgeny Goldin, a follower of Vissarion, in his workshop. He came to Abode of Dawn with his parents when he was a teenager, and now he is raising his three young children in the community.

Roman Lunkin, the head of the Center for the Study of Religion and Society at the Institute of Europe of the Russian Academy of Sciences, compared the crackdown on religious groups with a 2012 law on “foreign agents” that has been used against journalists and activists critical of the government or of its conservative policies.

“There were no court cases about the Church of Last Testament that proved any psychological or other abuse, like financial extortion,” Mr. Lunkin said. “That is only antisectarian hysteria.”

He said the church’s extreme remoteness worked against it. “Almost nobody will miss them or will try to defend them, even in Russian liberal circles,” he said.

Since Russia emerged from an era of atheistic communism after the breakup of the Soviet Union, its myriad religions have featured an array of proselytizers, gurus and teachers like Mr. Torop. When he established his church three decades ago, thousands of spiritual seekers flocked to hear him as he held gnomic lectures at events across the former Soviet Union. He adopted the name Vissarion, which he said meant “life-giving” and was given to him by God.

His “Last Testament,” a New Age text outlining a set of principles, focused on self-improvement, self-governance and community.

Many believers abandoned their cities, jobs and even spouses in the hopes of building a better world amid the harsh conditions of a forest in the Siberian taiga, which at that time was a four-hour walk from the closest (unpaved) road. 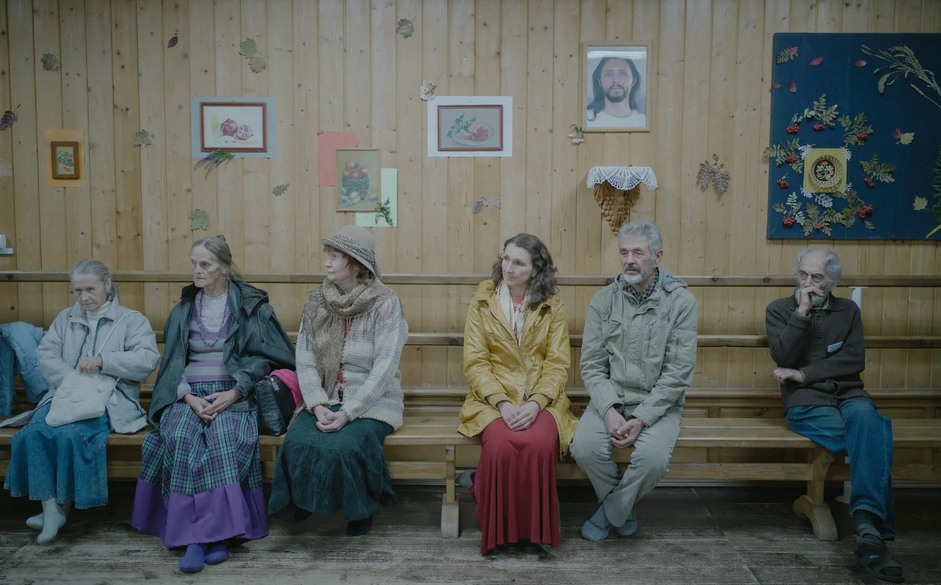 In the village of Petropavlovka, followers discussed urgent communal work to be done for the day at a “united family” meeting. Many believers abandoned their cities, jobs and even spouses to move to the Siberian taiga. 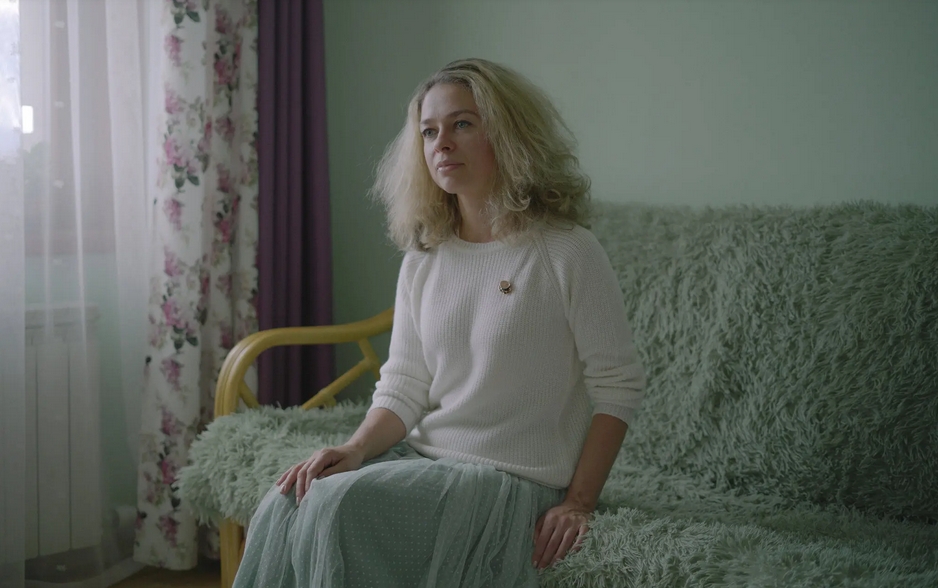 Sofia Torop, the wife of Vissarion, in their house in Abode of Dawn. Sergei Torop and two aides were taken away in helicopters in September 2020 in a dramatic operation led by federal security services.

“It was a euphoric time, even though it was so difficult,” said Ivanna Vedernikova, 50, who joined the church in 1998 and married one of Mr. Torop’s arrested associates. “We were living in tents and generating electricity by hand, but we knew we were building a new society.”

The community of Abode of Dawn now consists of about 80 families living on the mountains, with thousands of others — no one knows exactly how many because the organization does not keep a list — spread out across several villages about an hour and a half’s drive away, along the Kazyr River.

On Sundays, Vissarion would descend from his residence above the circular village, the Heavenly Abode, and answer questions from the faithful, which were collected by an aide and collated into a series now consisting of 23 gold-embossed tomes.

These days, his followers say they communicate with him in prison each night at 10:05 during a ritual they call “sliyaniya,” which means integration or blending; they direct their thoughts to him for 15 minutes, and he addresses them in his thoughts.

When they arrested Mr. Torop last year, the Russian authorities relied on accusations from several former members of the community, who spoke about conditions during its first decade of existence. Elena Melnikova, whose husband is a former church member, told Russian state-owned media that while there was no requirement to donate money, it was encouraged.

She said that some food items were banned and that seeking medical care was difficult. The church drew notice in 2000 when two children died because the community is so remote that they could not get medical help in time. But Ms. Melnikova also said that conditions had softened since the early days. 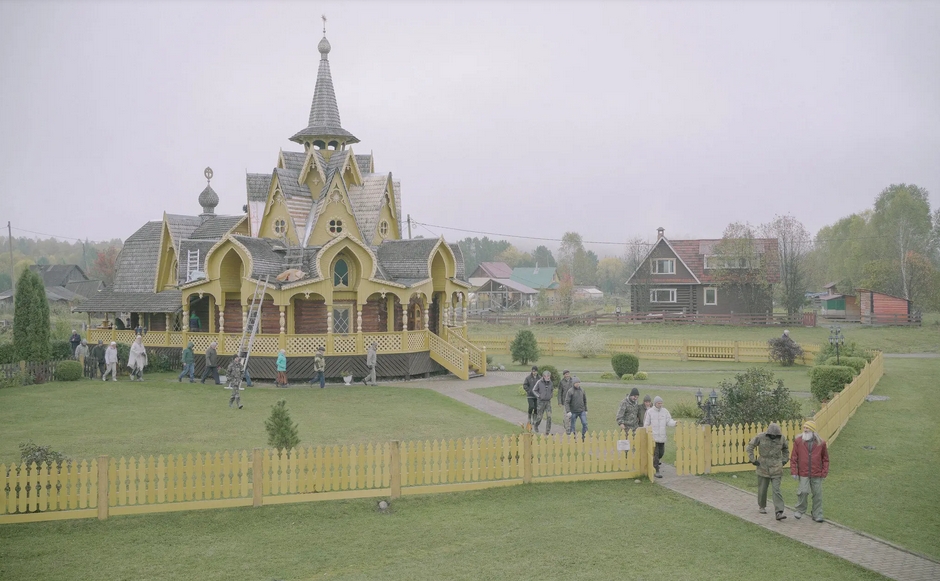 Parishioners leaving the Church of the Last Testament after the morning liturgy in Petropavlovka. 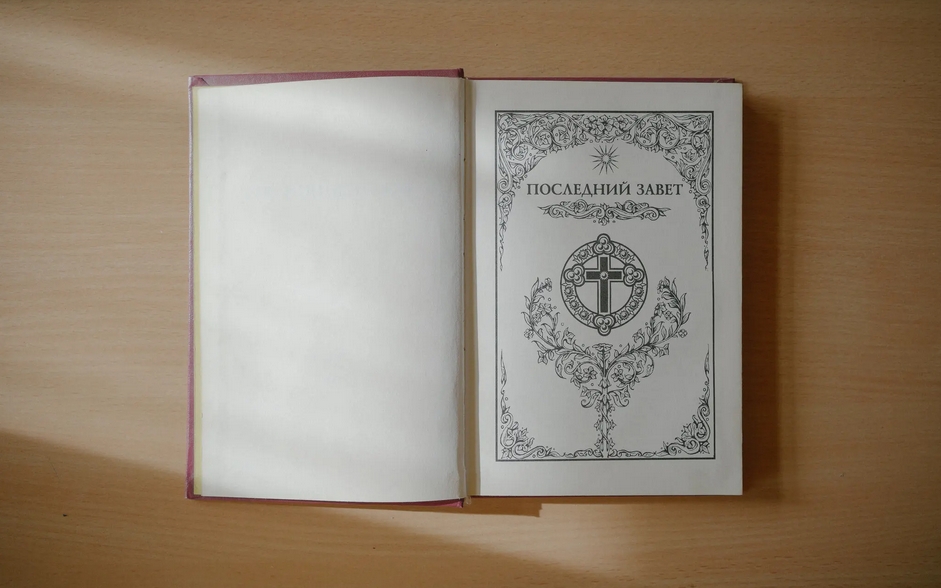 The “Last Testament,” a text written by Mr. Torop.

The accusations come from a vague Soviet-era law used to punish nonregistered groups like Baptists, evangelicals and Jehovah’s Witnesses, Mr. Lunkin said. The prosecutors’ office did not respond to messages seeking information about the status of the case.

In interviews last month with more than two dozen church members, none said that they had been mistreated or strained financially, and all that they could come and go freely for work or school. They said the church did not impose a financial burden on them. When the authorities searched Mr. Torop’s home, they found only 700 rubles (about $10).

Mr. Torop and his church have not been politically active or spoken out against the government. Instead, followers believe their very independence from normal Russian life is what made their church a target. “We’ve created a self-sustaining society, and our freedom is dangerous for the system,” said Aleksandr A. Komogortsev, 46, a disciple who was a police officer in Moscow for 11 years before moving to one of the biggest villages three years ago.

“We have shown how it is possible to live outside the system,” he said, gushing over a breakfast of salad and potato dumplings about how fulfilling it was to work with his hands. 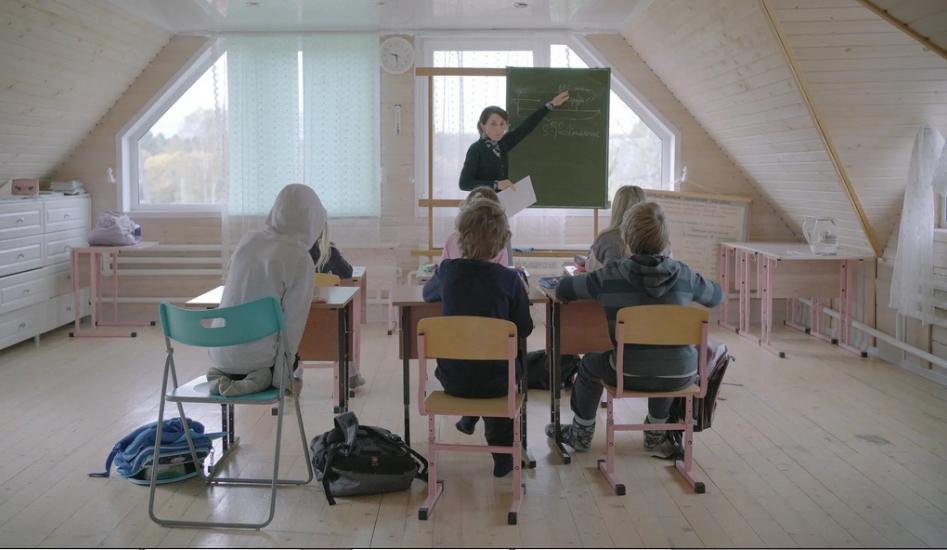 Children studying at a private school in Petropavlovka. 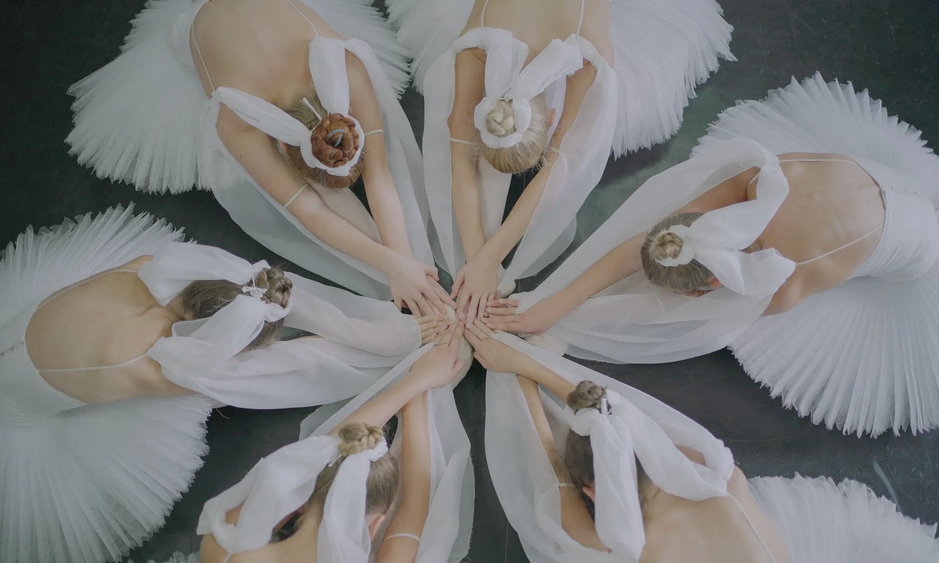 A class at a dance school in Petropavlovka.

Tanya Denisova, 68, a follower since 1999, said the church was focused on God’s judgment, not politics. She moved to the village in 2001, after divorcing her husband, who did not want to join the church.

“We came here to get away from politics,” she said.

Like the other faithful, Ms. Denisova eats a vegetarian diet, mostly of food grown in her large garden. Pictures of Vissarion, referred to as “the teacher,” and reproductions of his paintings hang in many rooms of her house.

Each village where followers live, like Ms. Denisova’s Petropavlovka, functions as a “united family,” with the household heads meeting each morning after a brief prayer service to discuss urgent communal work to be done for the day, and with weekly evening sessions where members of the community can solve disputes, request assistance or offer help.

At one recent meeting, members approved two new weddings after ensuring the betrothed couples were ready for marriage. 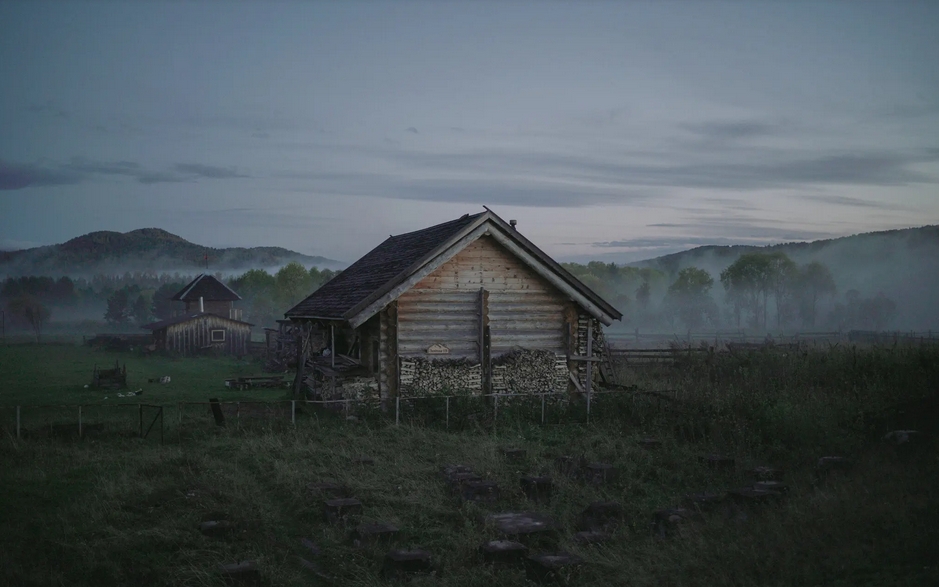 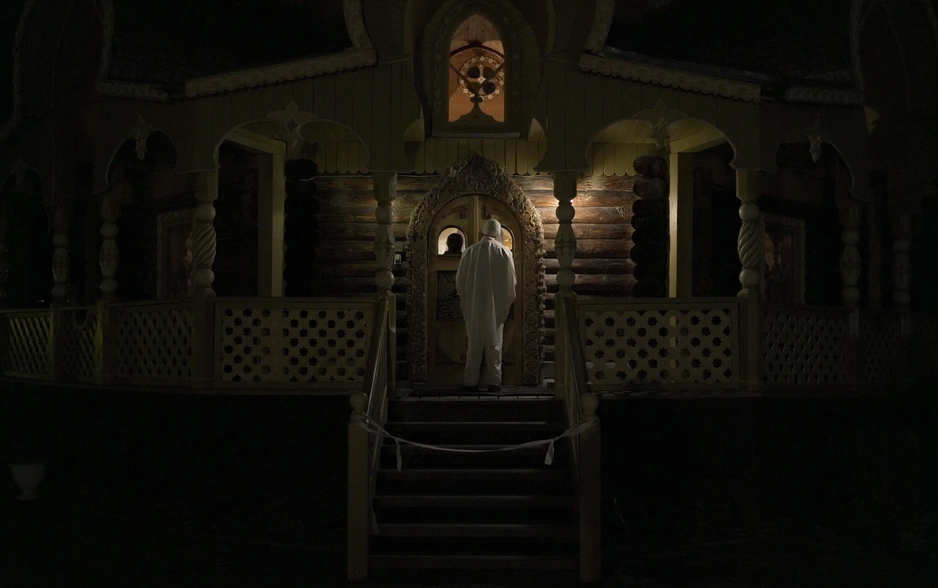 An evening liturgy in Petropavlovka.

For many of the believers, their leader’s arrest, combined with the coronavirus pandemic, is a sign that Judgment Day approaches.

Others said they felt his arrest was the fulfillment of a prophecy, comparing their teacher’s plight with that of Jesus more than 2,000 years ago.

Stanislav M. Kazakov, the head of a small private school in the village of Cheremshanka, said the arrest had made the teacher more famous in Russia and abroad, which he hoped would draw more adherents.

Mr. Kazakov said his school, like other community institutions, had been subjected to repeated inspections and fines since 2019, with at least 100 students as young as 8 questioned by the police. He said the arrest and intimidation by the police had made the community stronger.

“They thought we would fall apart without him,” he said. “But in the past year, we have returned to the kind of community that holds each other together.”

Flying a kite on the edge of Abode of Dawn.